Results:
The collected data suggests that the HPR electronics were relatively immune to RF fields examined by the IEC 1000-4-3 testing. The only altimeter firing occurred during the testing of an Adept ALT2S 50K when a switching transient during the 20 v/m testing triggered the altimeter and produced a 601 ft. altitude reading. Attempts to reproduce this result were unsuccessful even when the field strength was increased to 50 v/m.

It should be noted that this testing only covered the frequency range from 80 MHz to 1GHz, and there are several R/C and Amateur Radio transmission bands that were not covered by this testing.

The maximum test level of 20 v/m test level used in this evaluation equates to a 0.66 mw/cm-sq field strength, while the personal exposure limit as specified by US law for RF Radiation is 0.57 mw/cm-sq. Therefore the 20 v/m test level should adequately cover the effects of RC, Cell Phone, and HAM transmissions in the launch area. Additional health effect information pertaining to RF fields can be found at: http://www.mcw.edu/gcrc/cop/cell-phone-health-FAQ/toc.html#1 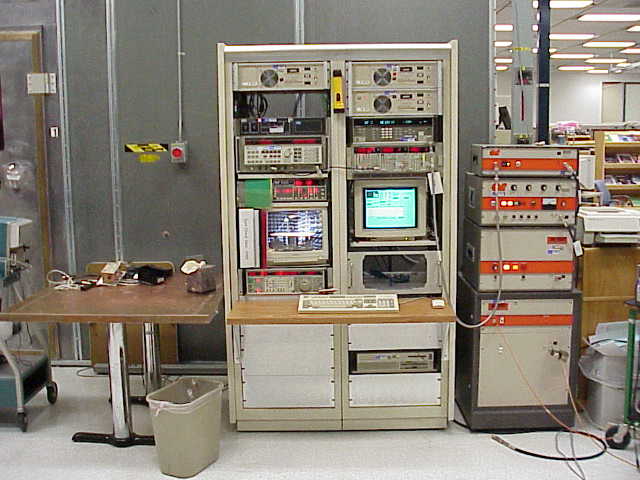 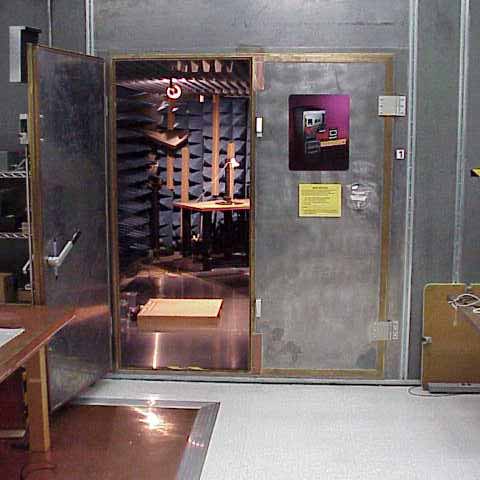 The doorway into the RF Immunity test chamber. The test is performed inside a heavily shielded room to protect the operator from the RF fields employed in the test. 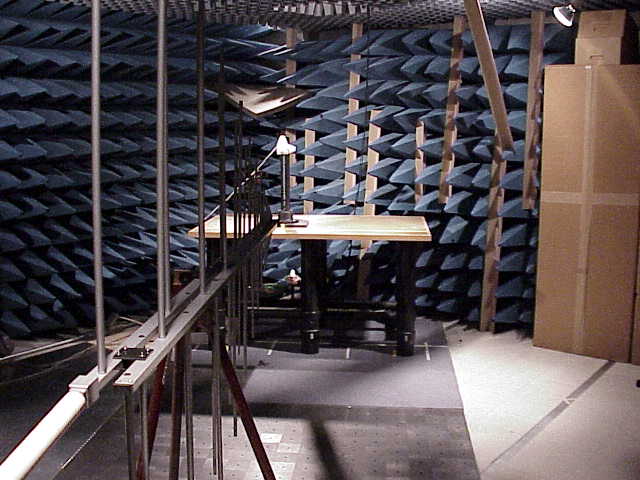 The output of the RF amplifiers are fed into the log periodic antenna in the foreground which generates a uniform RF field in the area of the table top. The stand with the white cones positioned on the tabletop is used to monitor the RF field strength present during the test.

Check out our advertiser: Check out the books!
Copyright © 1996-2000, Rocketry Online, all rights reserved.